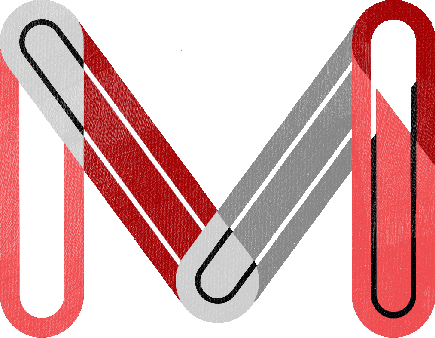 New York City and Bahia-based Cinelimite Inc. (“Limite”) is a 501(c)(3) non-profit media arts organization dedicated to expanding the presence of Brazilian Cinema in the United States and beyond. There are countless pearls throughout Brazilian cinema history that are just waiting to be discovered by international audiences – our mission is to make that a reality. Limite provides an online platform for newly translated classic and contemporary Brazilian films, while providing engaging supplementary material such as written essays, video essays, interviews, lists, and even podcasts.
Category
Advertising
Client
CineLimite
CINELIMITE.COM

‍Limite is the title of a Brazilian film made in 1930 by 22-year old Mário Peixoto - his only film. It was first shown on May 17th, 1931 at the Chaplin Club in Rio de Janeiro. The film would never go on to receive a commercial release. Throughout the years, occasional private screenings of Limite were held, such as one organized by poet and film critic Vinicius de Moraes in July 1942 for Orson Welles, who was in Rio de Janeiro to shoot the never-completed documentary It’s All True. In the 1950s, Plínio Sussekind Rocha - one of the founders of the Chaplin Club and at the time a professor at the Faculdade Nacional de Filosofia (National Faculty of Philosophy) - regularly screened the only surviving copy to his students. In 1953, one of those sessions was attended by Saulo Pereira de Mello, who quickly developed an intense passion for the film. Film critic José Carlos Avellar would later describe Mello as the only “total spectator” of Limite, “He fulfilled his passion like no other spectator ever did for any other film”. By 1959, the surviving print of the film was deteriorating and in no condition to be screened. Mello and Rocha teamed up to restore it, a difficult process which took 15 years. Mello kept the copy - a highly flammable nitrate print -in his home. He photographed it frame by frame and wrote extensively about Limite. During the years the film remained inaccessible, it gathered a myth-like following among Brazilian cinephiles, some even doubting it had ever been made. In 1978, six years after Rocha’s death, the restoration was finally screened, and the film has since been shown numerous times and been released on home video in various formats: Laserdisc, VHS, DVD, and, most recently, a Blu-Ray by the Criterion Collection. It ranked #1 in the 2015 poll held by the Brazilian Film Critics Association (ABRACCINE) of the best Brazilian films ever made.

Most Brazilian films are not so fortunate. Many rot away into oblivion or only survive in poorly preserved and incomplete copies. But this is not for lack of people who care for them. Such people exist: many work hard to preserve and restore these films and to keep Brazilian cinema alive. In order for their efforts to be recognized, these films need to be seen, and it is with this goal in mind that our non-profit Limite was conceived. To allow these films that constitute Brazil’s cinematic history to remain virtually unnoticed by a transnational audience of cinephiles would be tantamount to consenting to their erosion in Brazilian cultural memory. We recognize that for a national cinema to receive its deserved appreciation on the international stage, it requires passionate advocates and polemicists. To not allow these voices a space to congregate and exchange ideas with and against those who control the unbalanced scales of main stream cinematic discourse would mean the difference between a national heritage made up of lost legends and one firmly constructed by widely recognized timeless works of art.

In memory of Saulo Pereira de Mello - the total spectator - who passed away from COVID-19 on April 30th, 2020, we take upon the task of disseminating Brazilian cinema to new and discerning audiences.